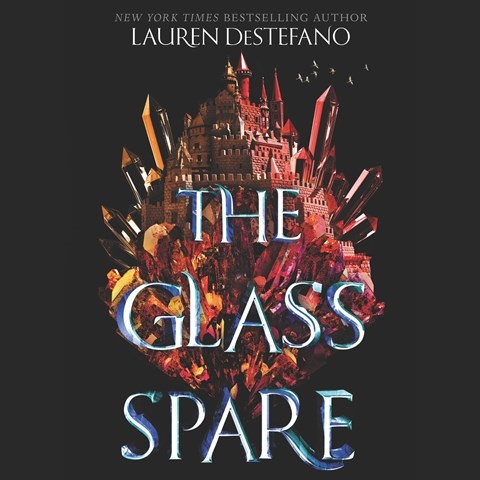 Narrator Billie Fulford-Brown spins this adventurous steampunk- inspired fantasy with a delivery that is as spirited and industrious as Princess Wilhelmina Heidle herself. Fourth in line to inherit the kingdom of Arrod, Wil is a spare heir who earns her keep by spying. When her newfound ability to turn living objects into gemstones leads to a catastrophic fatality, she runs. In search of a cure, Wil relies on the wisdom of her brothers, whose range of personalities Fulford-Brown handles with ease. She uses a light touch to twist her cool British accent into an original accent for Loom, the mysterious exiled prince from the Southern Isles who involves Wil in a rebellion against her own kingdom. J.E.C. © AudioFile 2018, Portland, Maine [Published: JANUARY 2018]