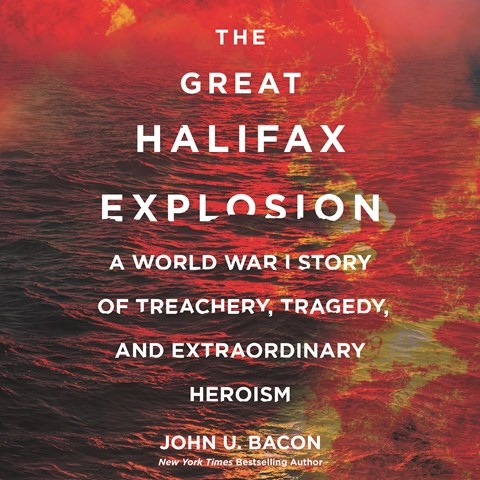 The centennial of the shocking event this book discusses takes place in December 2017. The timing is perfect for an in-depth study of the causes and consequences of the largest man-made explosion on earth before the atom bomb was dropped on Hiroshima. Sadly, listeners may become exhausted by Johnny Heller's selection of an urgent newscaster tone to deliver the many chapters preceding the event itself. With the author making deep dives into the personal histories of a variety of individuals affected by the explosion--including backstories from the battlefields of the Great War--this kind of unrelenting voicing numbs the ears before the tragedy even occurs. Mispronunciations of local place names also intrude on listening interest. Heller chooses more nuanced tones throughout the drama itself and its aftermath. F.M.R.G. © AudioFile 2017, Portland, Maine [Published: DECEMBER 2017]