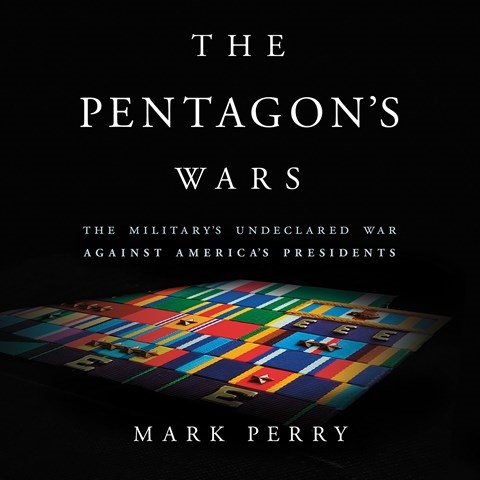 THE PENTAGON'S WARS The Military's Undeclared War Against America's Presidents

This audiobook illustrates one of the central conflicts in our Constitution: How do we reconcile a military that is under civilian control with the power of military leaders who want more control over policy? Under this system, the author argues, presidents and generals have clashed openly and secretly, many times to the country's detriment. From the start, narrator Ron Butler reads against type by approaching this audiobook with an expressive, deep, assuring voice, rather than as an authoritarian. He varies his pitch and tone, and adds character voices to make the political and military sources come alive. Butler also uses pauses judiciously, which allows us to consider the effects that many of these decisions and events have had on our recent history. R.I.G. © AudioFile 2017, Portland, Maine [Published: DECEMBER 2017]