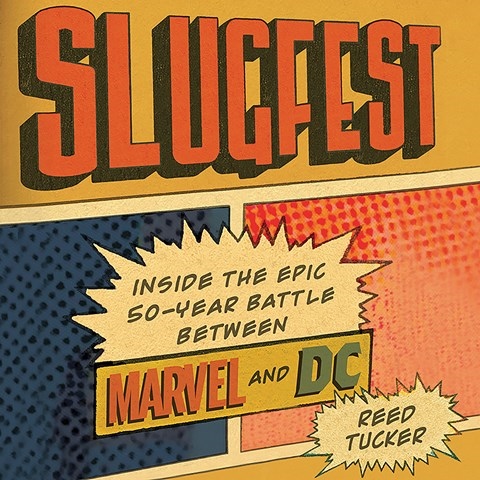 SLUGFEST Inside the Epic, 50-year Battle between Marvel and DC

by Reed Tucker | Read by Will Collyer

People will like this audiobook, but comic book fans will go out of their minds. Reed Tucker has dug into the cracks and crevices of the two main comic book publishers, DC and Marvel, and shown how brilliant, stupid, and lucky both companies have been. Narrator Will Collyer clearly explains how the upstart Marvel Comics rocked the publishing world in the early 1960s by making their heroes speak and act like real people, baffling the conventional DC editors. Fans will love the revelation that DC editors were so arrogant that they wouldn't actually read the comics to see what they were about but judged them by their covers. This is an outstanding look at comic publishing from 1935 right up to the summer blockbusters of 2017. M.S. © AudioFile 2017, Portland, Maine [Published: NOVEMBER 2017]