Home»Reviews»THINGS YOU SHOULD ALREADY KNOW ABOUT DATING, YOU F*CKING IDIOT 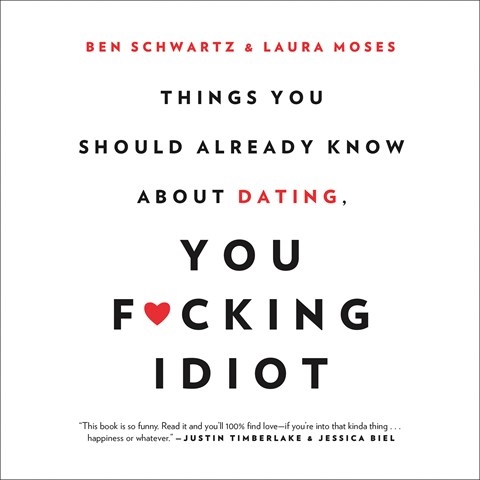 THINGS YOU SHOULD ALREADY KNOW ABOUT DATING, YOU F*CKING IDIOT

Authors/narrators Ben Schwartz and Laura Moses play off each other well in this hilarious guide to dating. Listeners will wish for more as they laugh at the 100 tips filled with depictions of the desperate and sometimes bizarre sides of dating, which contrast well with the behaviors suggested for dating success. Schwartz is just as lively via audio as he is in his acting roles (yes, even as Jean-Ralphio in "Parks and Rec"), and Moses provides an equally playful voice as his female counterpart. The fast-paced performance is filled with shouts, including a recurring "Put down the phone!" plea; passionate arguments; whispered admissions; and a shout in unison of "Meeeee . . ." when advising that people can't just talk about themselves on dates. A.L.C. © AudioFile 2017, Portland, Maine [Published: DECEMBER 2017]