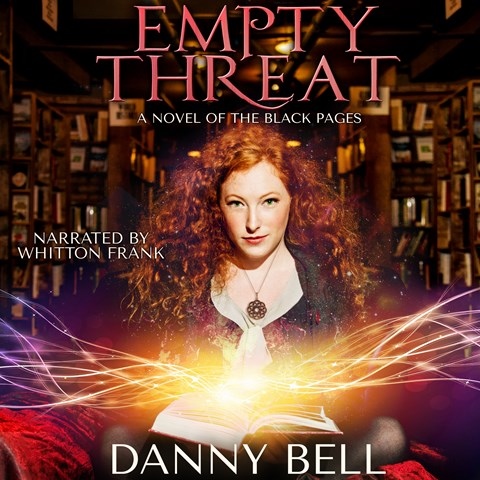 by Danny Bell | Read by Whitton A. Frank

In this fantasy, Elana Black can insert herself into a book or television story and engage with all the characters. Whitton Frank narrates this story breathlessly, portraying the characters, both real and fictional. Frank's narration becomes more emotional as Elana flexes her skills, her ability to change storylines and save their characters from death. Unfortunately, Elana is not the only person who can change stories, a situation that forces her to battle for her life. Frank works hard to keep up with the shifting scenes as the line between fact and fiction blurs and the action heats up. Her performance fades into the story as good battles evil and characters chase one another from book to TV and back again. The dialogue is nonstop, the action fast paced, and the story good enough to make listeners willing to suspend their disbelief. M.B.K. © AudioFile 2017, Portland, Maine [Published: NOVEMBER 2017]