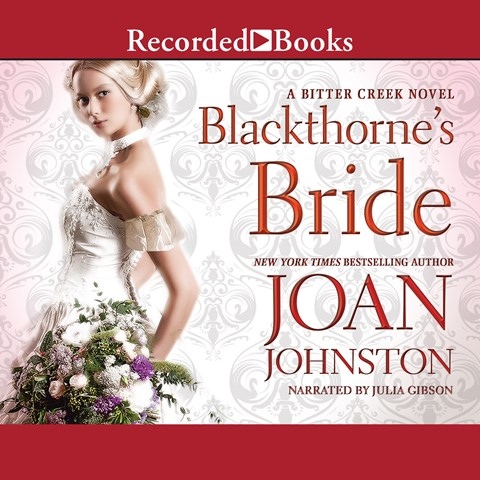 Narrator Julia Gibson portrays the characters in this romance with appropriate accents and inflections. An American named Josie is working as a maid for the Duke of Blackthorne when an investigator arrives to tell her she is an heiress. To achieve payback for the Duke's broken promises to her and his young nephews, she goes to London in response to his ad for a rich bride. Once they're married, however, Josie becomes unsure of her hostile feelings. Gibson depicts Blackthorne as charismatic and fearless while Josie sounds like a fighter who is not impressed with his lineage. The young nephews are engaging, but other male interpretations are not as easily discernable. Joan Johnston brings fans to the United Kingdom and the American West of the nineteenth century with this story of bravery and love. S.H. © AudioFile 2017, Portland, Maine [Published: OCTOBER 2017]