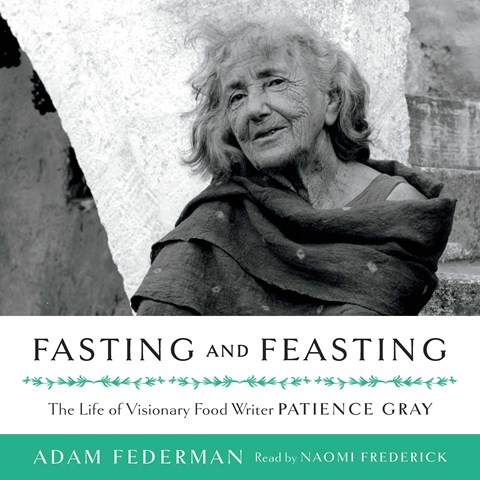 Narrator Naomi Frederick's soft British accent and thoughtful timing will entrance listeners from the first minutes of this well-balanced biography of Patience Gray, one of the most important but often overlooked food writers of the late twentieth century. Listeners who are unfamiliar with Gray's groundbreaking cookbook, HONEY FROM A WEED, will be fascinated by her fierce independence and her insistence on sticking to her principles, including living off the land with her partner, sculptor Norman Mommens, in a remote and electricity-free corner of southern Italy well into old age. Frederick's varied cadences and believable European accents enhance the vivid prose, and her understated characterizations allow listeners to envision Gray and her contemporaries without hindrance. Gray certainly had her flaws, but Frederick's performance is near perfection. C.B.L. Winner of AudioFile Earphones Award © AudioFile 2017, Portland, Maine [Published: DECEMBER 2017]