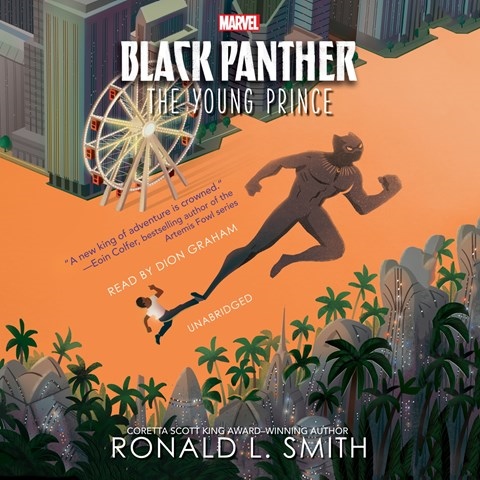 Dion Graham's narration of the origin story for Marvel's Black Panther starts off with an emphatic, urgent style suitable for a hero in the making. Prince T'Challa is 12 when his father sends him from Wakanda to a private school in Chicago along with his friend, M'Baku. There, known as T. Charles, he navigates his way while learning that even in America there are sinister forces at work and bullies such as Gemini Jones may be related to them. Graham deftly manages the large number of characters while balancing the accents of the African characters with their American counterparts and seamlessly managing the voices of male and female characters. This is an engrossing title for comic enthusiasts. E.J.F. © AudioFile 2018, Portland, Maine [Published: JANUARY 2018]