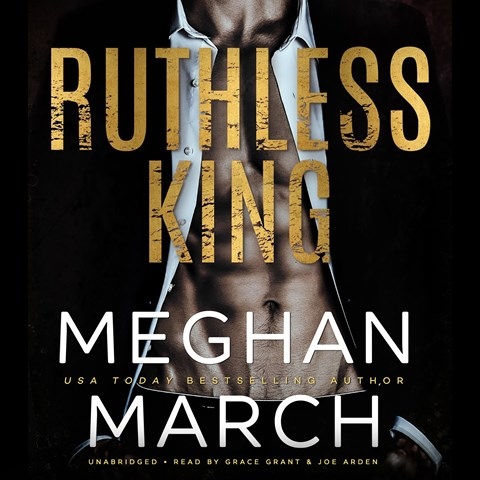 The first audiobook of March's raw and gritty new series takes listeners into the underground world of New Orleans. Prideful and independent Kiera Kilgore has been marked by Lachlan Mount when he comes for her dead husband's debt: He wants her as payment. Kira isn't afraid to stand up to the ruthless Mount. While narrator Joe Arden isn't featured much in this audiobook, his performance as Lachlan steals the show. Narrator Grace Grant's chemistry with Arden is audible gold. Their emotional performance makes the characters three dimensional. The author leaves listeners in suspense with an epic twist and a cliff-hanger ending. K.D. © AudioFile 2017, Portland, Maine [Published: DECEMBER 2017]