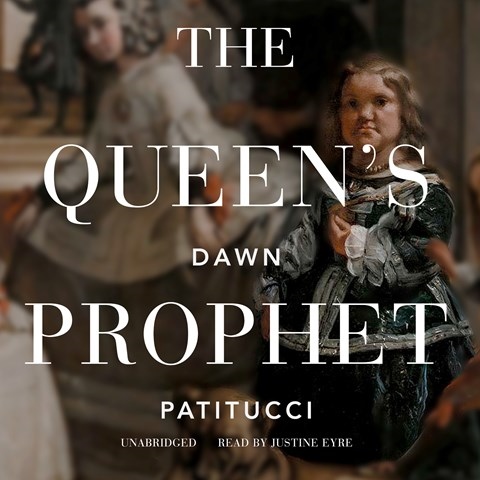 Narrator Justine Eyre brings a porcelain fragility to Patitucci's wonderfully imaginative tale of the Spanish court in Madrid in the 1600s. Based on Velázquez's painting LAS MENINAS, which prominently features the dwarfess Maria-Barbara, the audiobook captures intrigues, superstitious royals, would-be intellectuals, artists, magicians, dwarves, and fools. Eyre's winning performance makes Mari's struggle to survive as a prophet for the queen of Spain engaging and authentic. At a time when dwarves were kept as pets or good-luck charms, it takes all of Mari's wit to fabricate the sorts of prophecies that will elevate the queen's status, among politicians and peasants alike, and insure her own safety. Eyre's skillful descriptions of lush chambers; elegant costumes; devious plots; and an independent, if unusual, heroine make for satisfying listening. S.J.H. © AudioFile 2018, Portland, Maine [Published: JANUARY 2018]