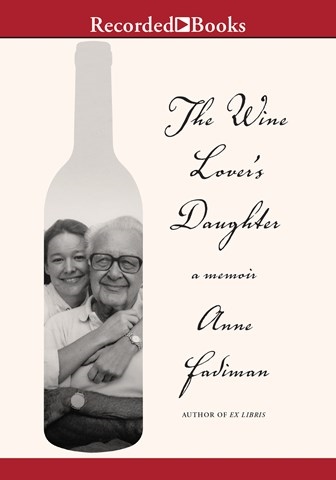 THE WINE LOVER'S DAUGHTER A Memoir

Anne Fadiman narrates this audiobook with affection and purpose. Her memoir focuses on her relationship with her famous father, Clifton Fadiman, so the style of her reading blends history and memory. Anne reads crisply in a didactic tone that permits her to be both observer and subject. The emphasis rarely wanders from her author/editor/anthologist/wine-loving father. An Anglophile and admirer of upper-class culture, Clifton Fadiman never overcame his origins as a Jewish boy from Brooklyn. Despite her father's passion and her best efforts, Anne doesn't love wine. Her plight makes her seek out the mysteries of taste, and she learns that the fault lies not in her stars but in her taste buds and genes. A.D.M. © AudioFile 2017, Portland, Maine [Published: DECEMBER 2017]