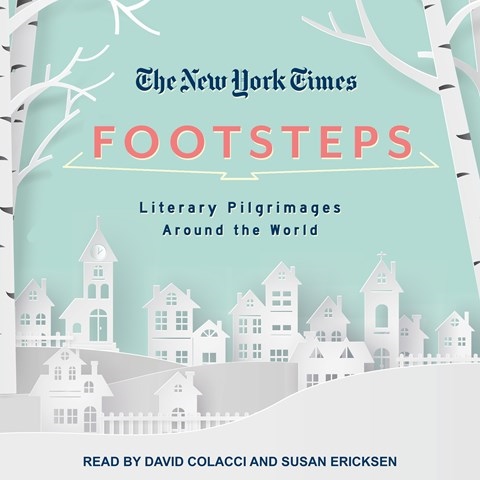 Here's an audiobook for those who love to hear about writers and enjoy travel writing. Narrators Susan Ericksen and David Colacci invite the listener to share in the special places of a group of well-known writers. The pair divide the three dozen pieces according to the essayist's gender. Both accomplish their narrations smoothly and gracefully. Overall, the audiobook smartly errs on the side of understated performances that suit the content perfectly. The stories mostly concern the locales that writers sought out to pursue their crafts. Happily, many footsteps--Dashiell Hammett's San Francisco, Jamaica Kincaid's Antigua, James Baldwin's Paris, and Rachel Carson's Maine--are retraceable. Only a few of the profiled writers are still living. The search for these luminaries' scenes and haunts makes for an engaging listening experience. A.D.M. © AudioFile 2018, Portland, Maine [Published: JANUARY 2018]