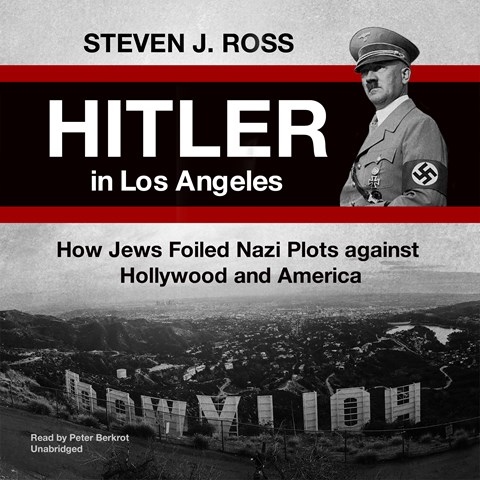 Just when you thought every story of the Nazi resistance had been written, this audiobook confirms that there are more. And this book is among the best of the genre. Narrated with intensity by Peter Berkrot, historian Steven Ross's book highlights the efforts of Hollywood attorney Leon Lewis, who organized rings of spies to infiltrate Nazi and fascist groups in Los Angeles. Lewis's cohorts thwarted Nazi plans to kill prominent Jewish actors and Hollywood moguls, preventing them from using California as the epicenter of their plot to take over America. Berkrot's performance is excellent; he reads with the staccato of a newsreel narrator, while adeptly mixing in moments of awe at how Lewis and his allies outsmarted the Nazis at virtually every turn. D.J.S. © AudioFile 2018, Portland, Maine [Published: MARCH 2018]