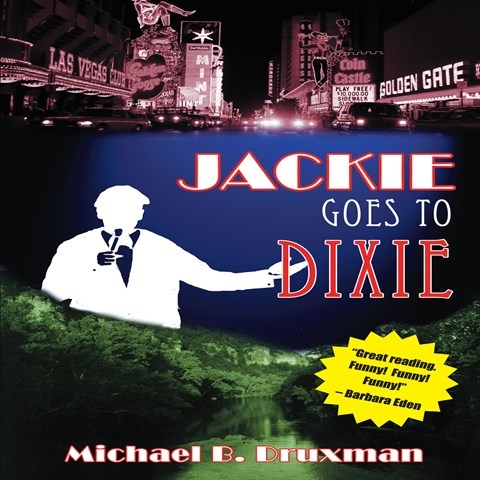 by Michael B. Druxman | Read by Fred Frees

Narrator Fred Frees is terrific delivering an offbeat story that sounds like a combined stand-up comedy routine and zany mystery, set in 1970s Arkansas. When Jewish comedian Jackie Moss is mistakenly booked to play a party, he and his piano player and partner, Dave Arthur, make the best of it. Frees flawlessly presents easygoing Arthur's first-person narrative and is even better as the sarcastic, always joking Moss. When Moss and Arthur stumble upon someone stealing state secrets, Frees ratchets up the action and delivers an array of humorous and convincing Southern accents. His rendering works well as the pair stay a step ahead of their pursuers in the woods while exchanging farcical quips that work despite their dire situation. S.G.B. © AudioFile 2018, Portland, Maine [Published: JANUARY 2018]