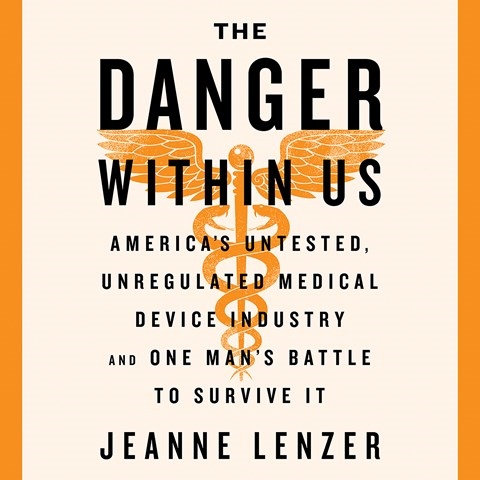 THE DANGER WITHIN US America's Untested, Unregulated Medical Device Industry and One Man's Battle to Survive It

Oil worker Dennis Fagan's war against health industry practices began with deadly seizures linked, ironically, to the device implanted to ease his epilepsy. Journalist Jeanne Lenzer traces all the obstacles he encountered in trying to correct this problem, in the process revealing the lack of oversight in the medical device industry. Lenzer reads her investigation with passion, making it a call for reform of the health-care system. She voices contempt for revolving-door regulatory agencies with close ties to industry and praise for independent researchers. Lenzer's compassion for Fagan and others affected is clear in her voice. She stresses that medical devices, such as those intended for hip or eye lens replacement, can be necessary but shows the need to weigh the dangers and benefits carefully. J.A.S. © AudioFile 2017, Portland, Maine [Published: DECEMBER 2017]