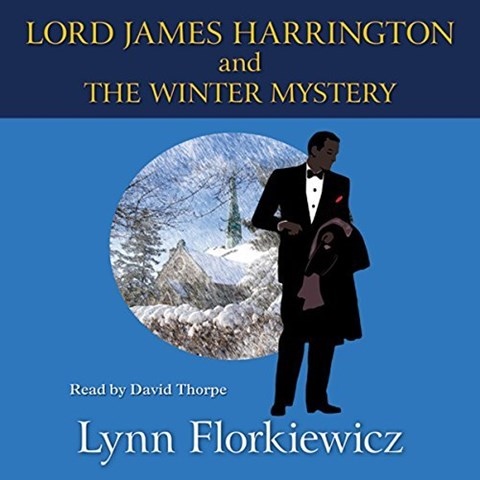 Narrator David Thorpe flawlessly delivers this 1950s English country house mystery, the first in a series. Lord James Harrington and his American wife, Beth, graciously open their estate to villagers for many events. Thorpe gives each character distinction. Lord Harrington is down-to-earth, with friends from all classes. Beth's accent is believable, while the stammering vicar and his wife are endearing. Most memorable is Bert, whose activities are dubious, while his proclamations are always spot-on and entertaining. The story's tone changes when murder makes an appearance after the Christmas play, "The Devil Incarnate," pits locals against each other. Listeners will enjoy the play's bossy director and luscious-sounding food as well as the story's rural setting and the search for the murderer among numerous suspects. The blend a gives an enjoyable glimpse of a seemingly innocent bygone era. S.G.B. Winner of AudioFile Earphones Award © AudioFile 2017, Portland, Maine [Published: DECEMBER 2017]