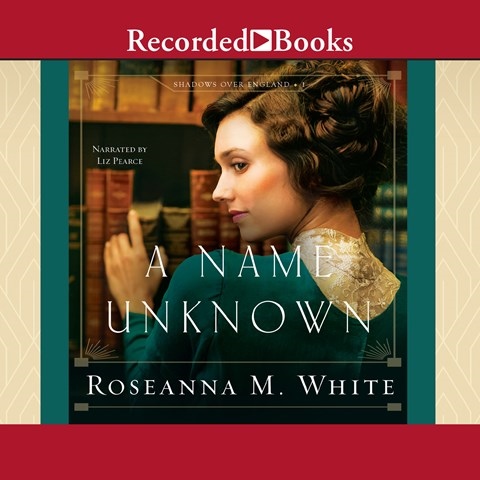 Narrator Liz Pearce brings listeners to 1914 England as Cockney thief and spy Rosemary Gresham infiltrates Peter Holstein's Cornwall manor. She's on assignment to determine if his German roots signify trouble for the British government. Pearce delivers Rosemary's sassy street smarts with aplomb. She presents Rosemary's assumed role as Holstein's librarian and pairs it with her lively thoughts about how the other half lives. Holstein's stutter and low, gentle voice come across as realistic without being caricatured, and his earnest personality never seems over the top. Other village personalities are depicted with thicker Cornwall accents and dollops of humor. Pearce has time with this slowly building Christian romance to fully develop White's characters and share details of England on the cusp of WWI. C.A. © AudioFile 2017, Portland, Maine [Published: DECEMBER 2017]