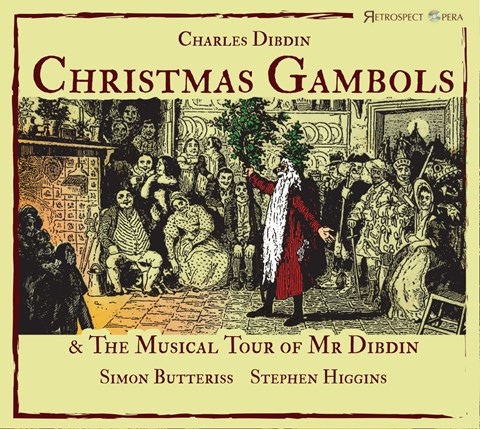 Singing as if he were packing the entire British Empire into one voice, the hugely accomplished British baritone Simon Butteriss re-creates the sounds and styles of an original comic Christmas holiday performance circa 1788. In that period, no performer outshined the inimitable Charles Dibdin, who wrote, sang, and accompanied himself on fortepiano in his one-man shows. Along with Irish and Cockney-accented banter, the bright chords and tempos in this uniquely British concoction of patriotic, sentimental, and humorous songs suggest it to be the ancestor of a cross between vaudeville and the light opera of Gilbert and Sullivan. With mentions of holly and mistletoe, it's an educational treat to hear what Christmas sounded like before Tiny Tim and Rudolph came on the scene. B.P. © AudioFile 2017, Portland, Maine [Published: DECEMBER 2017]