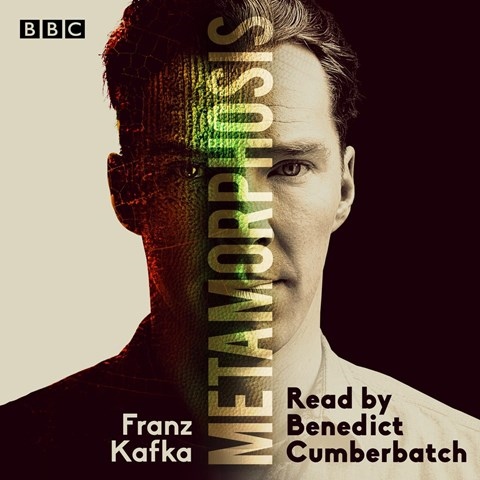 Everyone knows the opening of Kafka's great story, with Gregor Samsa awakening as a giant insect, but not so many have read it all the way through. Benedict Cumberbatch's narration should increase its familiarity. He doesn't make the story any less weird and disturbing--no one could do that and be faithful to the text--but he does emphasize the paradoxical humanity of Gregor's dilemma. There is really only one fully developed character, Gregor, but Cumberbatch humanizes the others to the extent that can be done. The music between sections is brief but aptly creepy, adding to a truly memorable performance of one of the classics of twentieth-century literature. D.M.H. Winner of AudioFile Earphones Award © AudioFile 2018, Portland, Maine [Published: FEBRUARY 2018]