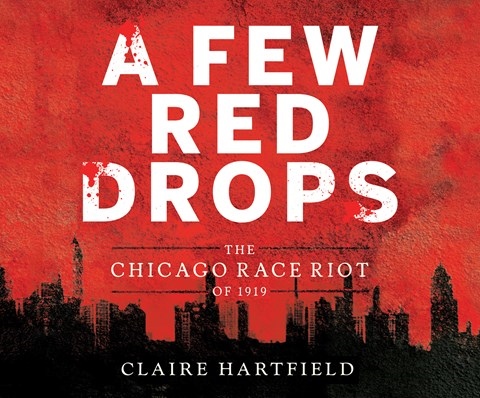 A FEW RED DROPS The Chicago Race Riot of 1919

JD Jackson begins this historical audiobook about the 1919 race riot in Chicago in calm, measured tones. The text then provides backstory about how the people involved in the riots found themselves there. The story is both historically important and relevant today. Jackson's delivery divides itself between being eloquent and being straightforward, as when he gives equal emphasis and an unchanging pace to such details as the development of unions and the social strata of the various gangs in Chicago. His overall professorial delivery will appeal to listeners seeking an explanation of how and why the Chicago violence erupted, especially at a time when political agitation no longer seems so unlikely. E.J.F. © AudioFile 2018, Portland, Maine [Published: JANUARY 2018]