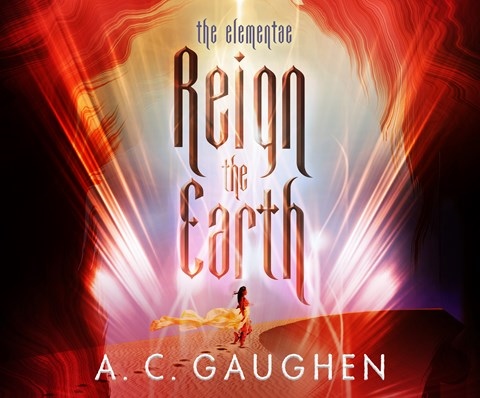 Narrator Soneela Nankani creates appropriate voices for the characters in this audiobook: a lilting tone for Shalia, a strong protagonist who sacrifices herself by marrying Calix, the King of the Bone Lands, in order to win peace for her people, and rougher, dark-edged voices for her husband and the men who rebel against him. In this complex fantasy for older teens, Nankani depicts Shalia's emotional and physical abuse at the hands of her husband and how she learns to control the power she has over earth, knowing his violence against her people is rooted in his hatred of magic. Nankani's depiction of Calix as increasingly violent, duplicitous, and falsely contrite makes for a satisfying contrast to the portrayal of Shalia and her growing feelings for Calix's brother, Galen. E.J.F. © AudioFile 2018, Portland, Maine [Published: MARCH 2018]