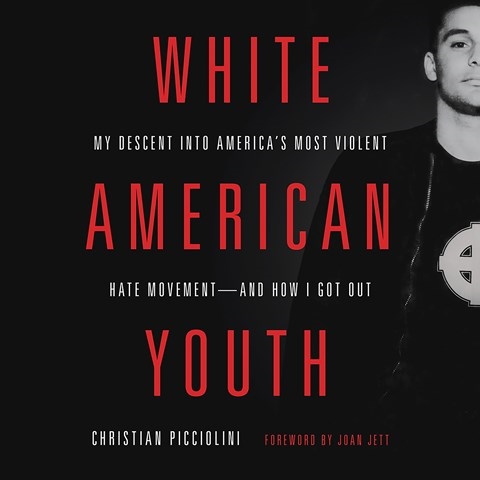 From his introduction to a white supremacist group to his ascendance and eventual rejection, Picciolini explores how he and many other white youth unquestioningly drink the lies and misrepresentations of white supremacist ideology as a means of making sense of their own lives, building kinship, and finding charismatic father figures. Picciolini's narration proves steady and largely enjoyable. Sometimes, though, he seems as if he's intentionally voicing those in the wrong to sound a bit more obnoxious in tone and delivery than might actually be the case. His voice sounds a bit congested, but his deliberate pace adds some sincerity and weight to his narration. The introduction, which is both written by and narrated by rocker Joan Jett, proves a strong endorsement of Picciolini's growth. L.E. © AudioFile 2018, Portland, Maine [Published: FEBRUARY 2018]