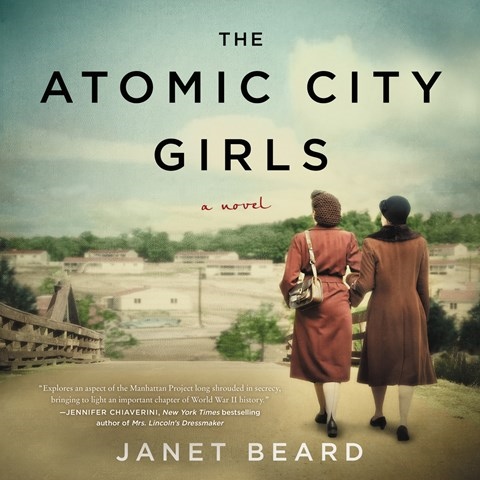 Xe Sands's ability to create dynamic characters that remain true to the author's intent shines in this story of four people whose lives converge in the military city of Oak Ridge, Tennessee, during the last year of WWII. Sands's smooth delivery, with a hint of a Southern accent, is softened for June, a smart country girl who is looking for something more than life on the farm. Sands's voice takes on an edge for Cici, June's more worldly roommate, who has only one goal: to marry rich. Sands's portrayal of Joe, a black construction worker, emphasizes his weariness and how much he misses his wife and children. Finally, she captures physicist Sam's struggle to come to terms with his role in building the atomic bomb, the world's deadliest weapon. C.B.L. © AudioFile 2018, Portland, Maine [Published: MARCH 2018]