Home»Reviews»THE DANGEROUS ART OF BLENDING IN 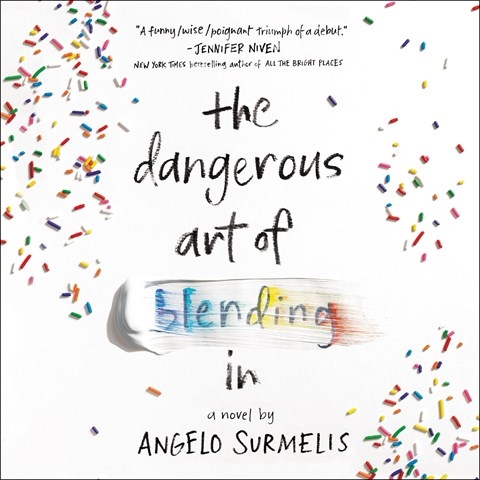 THE DANGEROUS ART OF BLENDING IN

Evan Panos is desperate to keep all of his secrets from colliding. His best friend can't know about Evan's massive crush on him, his parents can't know he's gay, and no one can find out that Evan's mother abuses him physically and mentally. Narrator Michael Crouch excels at capturing Evan's introspection and wry wit, which is purposefully at odds with the defensively bland version of himself that Evan presents to the world. Crouch falters somewhat when it comes to the dialogue of the adults, notably Evan's Greek mother, whose stilted accent and awkward falsetto undercut the hidden menace of her character. Nonetheless, Crouch enhances the tension of the story as it builds to a series of explosive confrontations. N.M. © AudioFile 2018, Portland, Maine [Published: MARCH 2018]