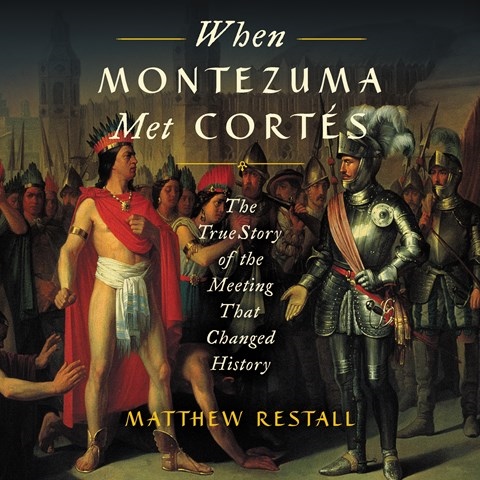 Why is a British voice narrating the history of the Spanish conquest of Aztec Mexico? That's just one of the questions this fascinating revisionist history leaves behind. The author believes every other historian got it wrong, and that after 499 years he has the real story. But it's often hard to tell what he's getting at or exactly where the differences lie. Steven Crossley is a focused and highly skilled narrator, commendable, in particular, for his fluid handling of Aztec nomenclature. You can listen for hours to this vivid re-creation of the world of the Aztecs, rendered in scrupulous detail. But here is one case where the parts outweigh the whole. D.A.W. © AudioFile 2018, Portland, Maine [Published: APRIL 2018]