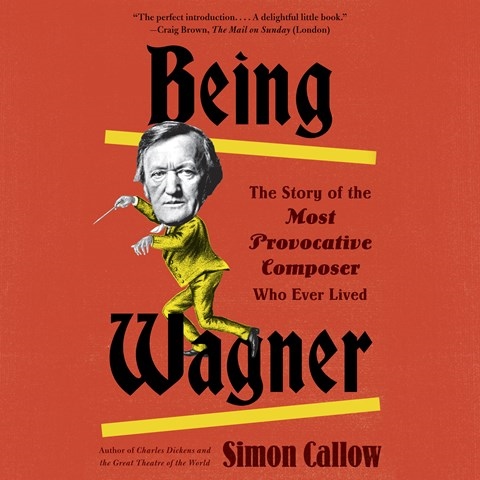 BEING WAGNER A Short Biography of a Larger-Than-Life Man

Director, actor, and writer Simon Callow, who has toured with his one-man show on Charles Dickens, offers his own study of composer Richard Wagner. The narration is a fascinating and effervescent tour de force that has the energy of a stage performance rather than a studio recording. The performance, which is part analytical biography, is approachable and irresistible. Germany's political and social upheaval in Wagner's time creates the setting for sketching a most disagreeable and loathsome man who was also an undisputed musical genius, with at least 10 musical masterpieces to his credit. Listeners may want to augment their experience by interspersing or following their listening with some Wagnerian music to complete the enlightened portrait. W.A.G. © AudioFile 2018, Portland, Maine [Published: APRIL 2018]