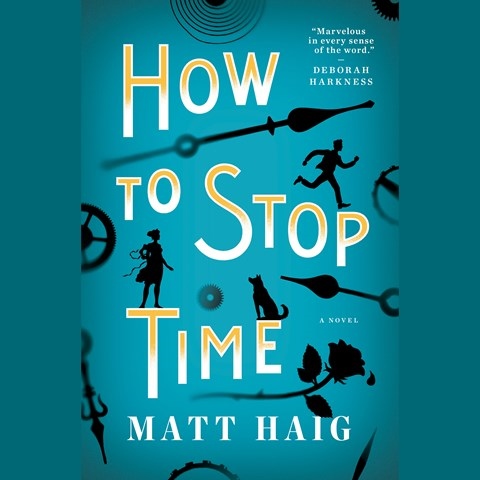 HOW TO STOP TIME

Mark Meadows is the expert narrator of this compelling audiobook. Tom Hazard looks 41 but has actually been alive for hundreds of years, due to a rare condition. Forced to move every eight years to avoid detection and unable to allow himself to love, Tom is haunted by losses in his past and finding it hard to engage in the present. Meadows does a fantastic job bringing to life all of the people Hazard interacts with over the centuries--from William Shakespeare to F. Scott and Zelda Fitzgerald, Captain Cook, and more. Tom's story unfolds both in the present day and in memories of the past as he's forced to decide which is more difficult--to live forever or to avoid truly living at all. K.S.M. © AudioFile 2018, Portland, Maine [Published: MARCH 2018]