Home»Reviews»MADNESS IS BETTER THAN DEFEAT 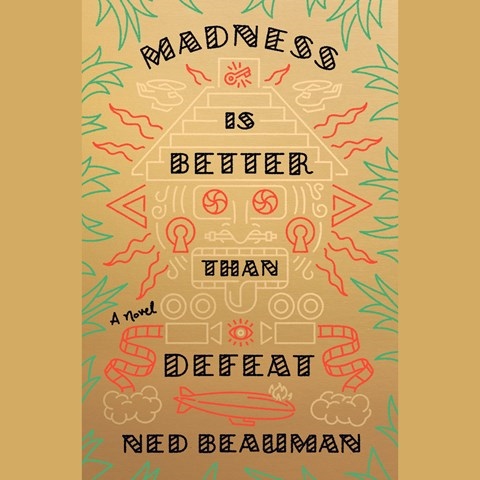 MADNESS IS BETTER THAN DEFEAT

Chaos reigns in Ned Beauman's absurdist comedy, and narrator Eric Meyers delivers an upbeat, nuanced narration--even with his tongue planted firmly in cheek. CIA agent Zonulet narrates his history of the dastardly doings of the agency. In 1938, two rival groups carry out expeditions to the ruins of an ancient temple in the Honduran jungle. One group will use the temple as a movie location for HEARTS IN DARKNESS, a film sounding suspiciously like a comic version of Conrad's classic. The second group's goal is to break down the temple, move it, and reconstruct it in New York City. But why? Eventually, the groups' mutual hostility grows into a warlike state. Meyers adds zing to the clever dialogue and turns Beauman's outrageous situations into giggles and belly laughs. S.J.H. Winner of AudioFile Earphones Award © AudioFile 2018, Portland, Maine [Published: JULY 2018]