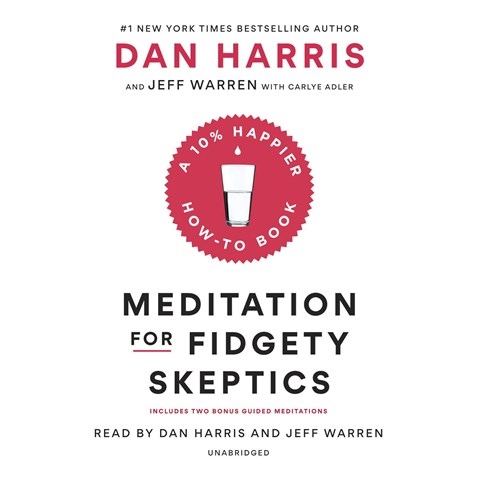 Fans of Dan Harris, described as a "meditation antihero," will love his turn as narrator of his book on how to meditate. The former broadcast journalist is an energetic speaker, so his natural enthusiasm spills over into the hows and whys of mindfulness. His own somewhat reluctant and dubious acceptance of meditative practices makes this a unique listening experience for this genre. At times the breaks in the audio segments occur at abrupt intervals rather than when you might expect them. But this production quirk hardly detracts from Harris's unvarnished account of his panic attack on live television, told with his characteristic honesty, and his ensuing long road to embracing mental fitness. M.R. © AudioFile 2018, Portland, Maine [Published: FEBRUARY 2018]