Home»Reviews»THE NAIVE AND THE SENTIMENTAL NOVELIST 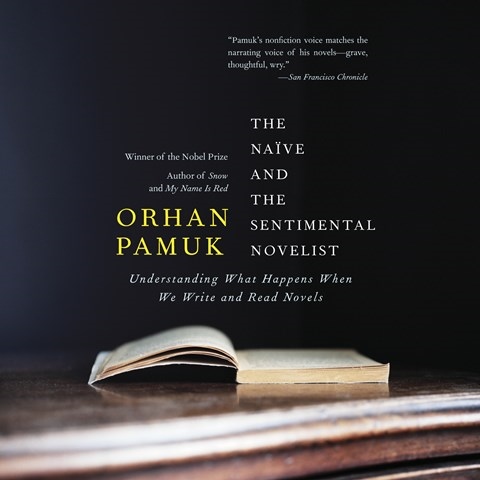 Narrator John Lee's wonderful voice would be enough to enliven the most uninspired lecture, and in Pamuk's audiobook it is challenged to do just that. The text is an adaption of the Charles Eliot Norton Lectures delivered at Harvard by the Nobel-winning novelist Orhan Pamuk in 2009-10. The lecture series has featured some of the world's greatest writers since the 1920s, but in these reflections on "understanding what happens when we write and read novels," Pamuk offers only generalities, repetition, muddled arguments, and few insights. The lectures are refreshingly free of academic jargon, but the plain language doesn't make the narrative any less opaque. Only Lee's masterful delivery make them listenable. D.B. © AudioFile 2018, Portland, Maine [Published: MARCH 2018]