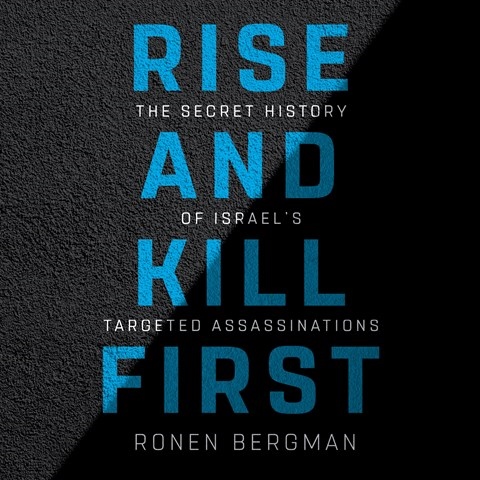 With a tone of gravitas, Rob Shapiro narrates this detailed critical history of Israel's seventy-year clandestine war against state-supported terrorism, suicide bombings, and tangled Middle Eastern politics. Based on hundreds of on-the-record interviews, exclusive access to secret files, and years of frontline journalism, the audiobook takes listeners behind the scenes to the inner workings and ethical debates of the IDF (Israel Defense Forces), Shin Bet (internal security force), and the fabled and deadly Mossad (Israel's CIA). As the book recounts Israel's retaliations against the leaders and the lieutenants of Black September, Shapiro's tone never lets the listener forget that there have been, and probably always will be, brutal costs in the battle to preserve a Jewish state in the Middle East. B.P. © AudioFile 2018, Portland, Maine [Published: MAY 2018]