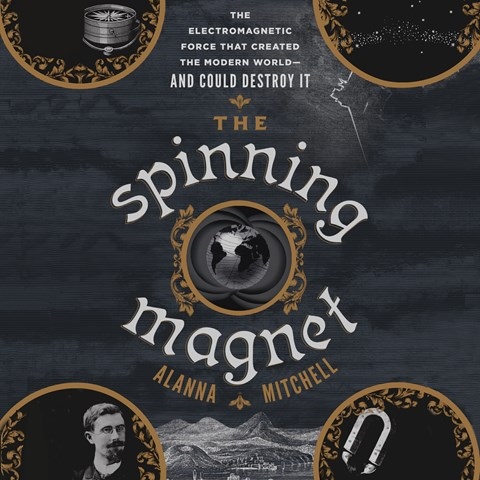 Narrator P.J. Ochlan's tone is like that of a patient science teacher, an approach that is a boon for this audiobook. The spinning magnet of its title is our own planet, whose magnetic field is a fundamental force in our lives, even if it goes mostly unnoticed unless we're holding a compass. Mitchell is a journalist, not a geophysicist, and her narrative is mostly nontechnical. But there are several concepts that need detailed explanations, and Ochlan delivers them clearly. He even manages not to sound alarmist when describing how one day Earth's poles may reverse (as they have many times in the distant past), wreaking havoc on our technology. Mitchell weaves the physics around human stories, including her own travels and interviews with researchers, which gives Ochlan more freedom to stretch as a storyteller. D.B. © AudioFile 2018, Portland, Maine [Published: APRIL 2018]