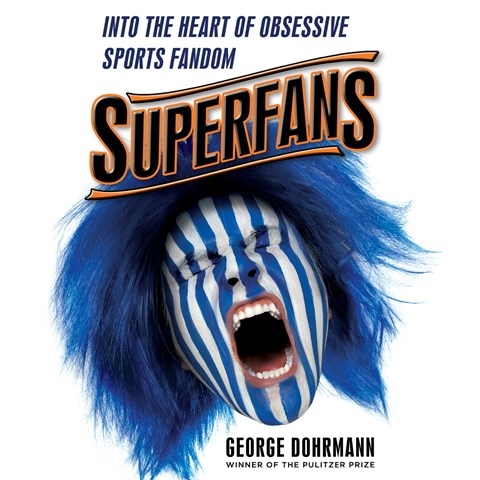 SUPERFANS Into the Heart of Obsessive Sports Fandom

Award-winning sports journalist George Dohrmann has compiled a tribute to fandom using the stories of fans whose extreme love of sports animates the text. Part psychology, part revelatory confession, the audiobook is narrated by former sports radio host, actor, and voice-over talent Chris Ciulla. In an engaging tone befitting the material he avoids melodrama. Vikings fans are melodramatic enough: One posted 1,000 times a year on a message board, besides watching games. Shrines to teams are assembled around TV sets. A church podium ushers in new fans who pledge to devote their lives forever to their team. Dohrmann lets the psychologists he interviewed talk about player concussions, domestic violence, and any negatives. This audiobook is so full of enthusiasm that it will appeal to fans and sports atheists alike. J.L. © AudioFile 2018, Portland, Maine [Published: JANUARY 2018]