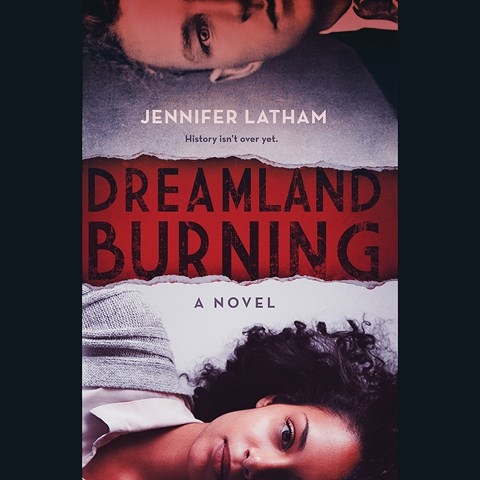 Dual narrators deliver a story of racism and violence, which alternates between the 1920s Jim Crow era and the current day. Nearly a century separates the lives of teenagers Rowan Chase and Will Tillman, both of Tulsa. The discovery of an old skeleton on the Chase family’s property brings their stories together. Pyeng Threadgill, who portrays Rowan in contemporary Tulsa, and Luke Slattery, who portrays Will in the early twentieth century, bring the characters and the city to life. Sparse sound effects, such as the crackling of a Victrola recording, add additional context to the story. This is a solid production with excellent performances from both Slattery and Threadgill. A.L.S.M. © AudioFile 2018, Portland, Maine [Published: MARCH 2018]