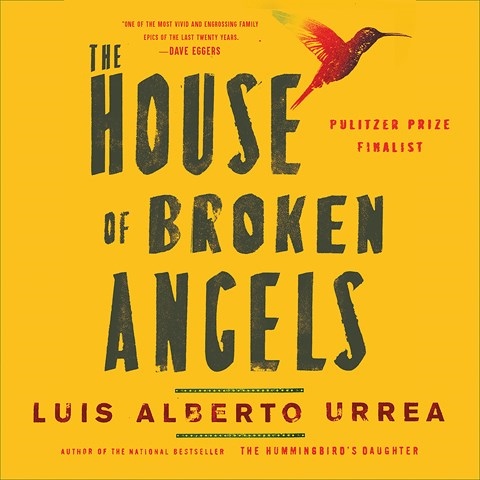 THE HOUSE OF BROKEN ANGELS

This audiobook begins with a frantic revelation--"Big Angel was late to his own mother's funeral"--and the pace never slows down after that. The author narrates his novel with a verve and engagement that few performers could emulate, blending Spanish and English, dialogue and narrative with the balance of a dancer. Listeners get to know Big Angel and his family through an almost stream-of-consciousness rhythm that can seem frenetic at some times, poetic at others. Big Angel's mother is not the only character in this novel whose time on earth became short. And with such a big story to tell in a limited time, Urrea's voice--so immediate, so present--can be overwhelming to the ear. But that may be just what this narrator was going for. L.B.F. © AudioFile 2018, Portland, Maine [Published: APRIL 2018]