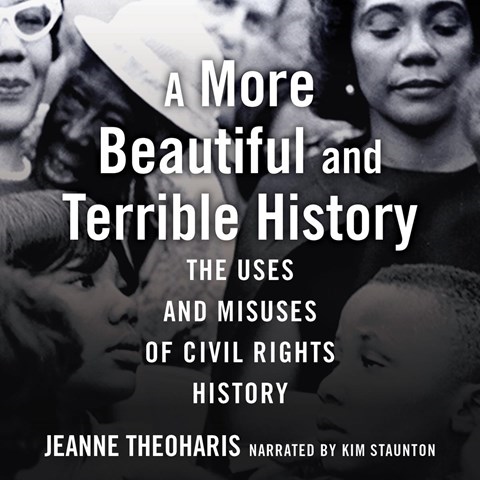 With a tone of defiance and pride, and the authority of having grown up on the southeast side of Washington, DC, during the turbulent 1960s-70s, Kim Staunton narrates this blistering re-examination of the Civil Rights movement. Author Jeanne Theoharis takes exception to the popularized notion that a few statues and plaques honoring Rosa Parks and Dr. Martin Luther King, Jr., somehow solved the problems of racial inequality in the United States. The truth is that even after the 1965 Civil Rights Act many Northern city school systems, including New York and Boston, remained as segregated as their Southern counterparts. Staunton does adopt a sense of optimism while noting the movement's decades of incremental victories and reminding us that much work is still to be done. B.P. © AudioFile 2018, Portland, Maine [Published: MAY 2018]