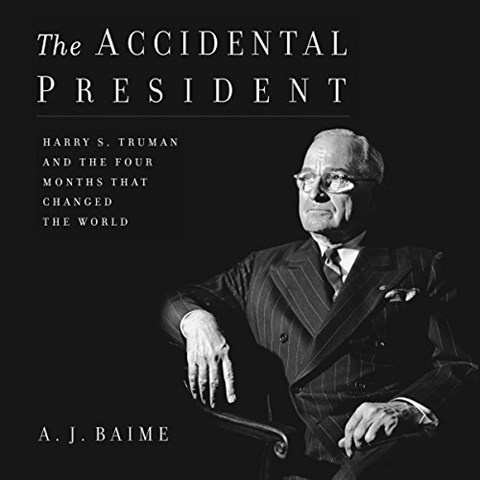 THE ACCIDENTAL PRESIDENT Harry S. Truman and the Four Months that Changed the World

This fine audiobook focuses on the crucial first months of Truman's presidency, from April through August of 1945. Tony Messano, an experienced commercial voice relatively new to audiobooks, delivers an effectively restrained reading that both tames and heightens the high drama of those transformative months, and highlights the crucial role of Truman's judgment and common sense. Messano's voice is resonant but unvarnished, reminiscent of those gravelly Truman-era newscasters, and of Truman's own forthright Midwestern rasp. Heard now, in the context of our own headlines, this narrative from another time has particular poignancy. Truman, better than anyone could have expected, proved to be the man for the hour, a humble man who met the challenges of his time with dignity, honesty, and a sense of justice. D.A.W. © AudioFile 2018, Portland, Maine [Published: APRIL 2018]