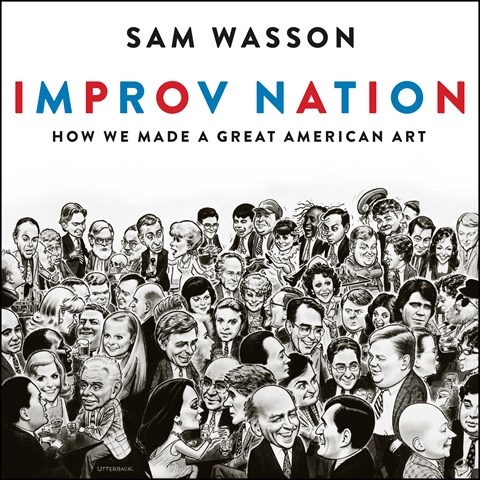 IMPROV NATION How We Made a Great American Art

Wasson explores the origin of improv comedy and its rise as a great American art form--from a game for immigrant children in the 1940s to Chicago's Second City to its prominence throughout the contemporary media landscape. Narrator David de Vries's pleasant, clear, and direct voice moves through the facts, the conversations, and the laughs. While the book isn't funny often, where jokes are present, de Vries executes them with the right timing and emphasis. In general, he keeps to a neutral voice for quotes from the many different people involved, avoiding impersonation of a range that would be too wide to do successfully. L.E. © AudioFile 2018, Portland, Maine [Published: FEBRUARY 2018]