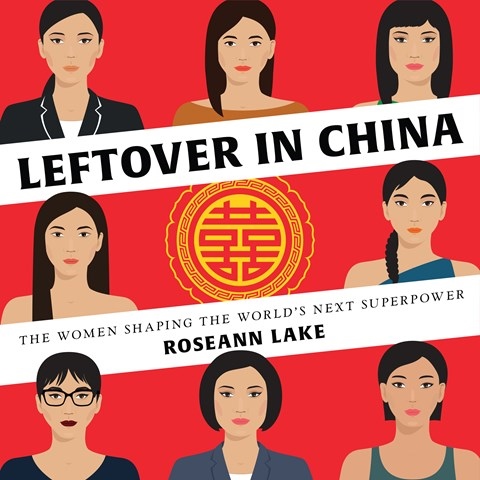 LEFTOVER IN CHINA The Women Shaping the World's Next Superpower

Janet Song narrates the author's explanation of a unique Chinese social phenomenon--significant numbers of educated, single Chinese women who are choosing independence over marriages defined by traditional gender roles. The Chinese government's one-child policy created long-standing gender inequality. As this imbalance grew, so did, for the first time, the number of only female children whose parents chose to raise them with resources previously given to boys. Song moves seamlessly between research data and anecdotes, expertly guiding the listener from past to present through four case studies. The women at the heart of the book serve to represent the millions of Chinese women who are not ideal partners for men raised with traditional expectations of marriage. M.R. © AudioFile 2018, Portland, Maine [Published: MAY 2018]