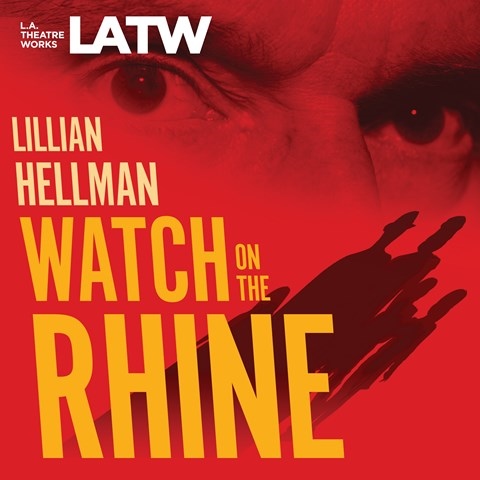 WATCH ON THE RHINE

Set in Washington, DC, before the United States entered WWII, Lillian Hellman's incisive drama about national identity, personal freedom, and responsibility is fully realized by a talented, cohesive ensemble. After nearly 20 years, wealthy matriarch Fanny Farrelly welcomes the return of her daughter, Sarah, along with Sarah's German husband and children. The reunion is ill-fated, however, thanks to Fanny's Romanian houseguests. The story unfolds seamlessly as the nimble cast responds to the sharp, and often funny, dialogue. With her brassy voice and patrician air, Susan Sullivan is superb as Fanny, while Adam Wylie, as a precocious boy, serves as the ultimate foil. The combined efforts of the cast make for a compelling, and startlingly relevant, listen. A.S. Winner of AudioFile Earphones Award © AudioFile 2018, Portland, Maine [Published: MARCH 2018]