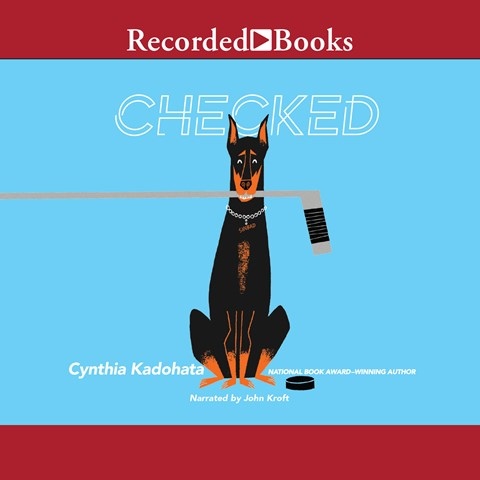 In this coming-of-age story, narrator John Kroft introduces Conor McRae, an endearing 12-year-old whose world revolves around his Doberman, Sinbad, and ice hockey. Kroft is an impeccable storyteller who excels at creating Japanese, Russian, and Eastern European accents. His best creation is Conor's neighbor, Mr. Reynolds, who utters, "Don't insult me" when Conor washes his car for free. Other standouts are Conor's hockey buddies: talented and thoughtful Korean-American Jae-won and Lucas, who gently introduces prayer into Conor's life. Listeners will feel like good friends who are privy to Conor's thoughts, relationship with his dad, and decision-making process, particularly after Sinbad needs costly cancer treatments. Kids facing difficult decisions will be inspired and motivated after hearing this spirited story. S.G.B. © AudioFile 2018, Portland, Maine [Published: AUGUST 2018]