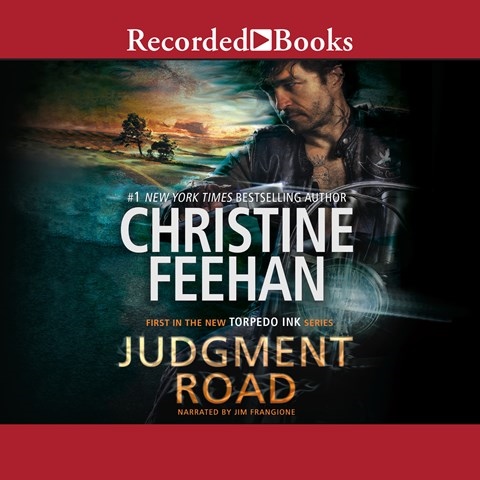 This is the first audiobook in Feehan's new biker series, Torpedo Ink. Reaper, the enforcer, wants to get rid of Anya, their new bartender. The air sizzles as both try to resist the attraction between them. Narrator Jim Frangione gives Reaper a "gravely velvet" voice, as it's described. Reaper commands, dictates, praises, or punishes, and Anya is drawn yet repelled by him. Her husky, low voice is measured and strong even though her knees are shaky with fear around him. The two are polar opposites, yet they're not able to negate their attraction. Can Anya learn to live with this man as he is, or does she need to run? A.M.G. © AudioFile 2018, Portland, Maine [Published: APRIL 2018]