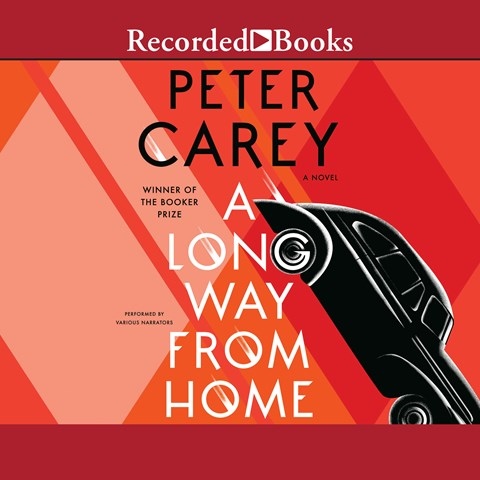 A LONG WAY FROM HOME

Colin McPhillamy, as Willie Bachhuber, and Saskia Maarleveld, as Irene Bobs, narrate the story of the 1954 Reddix, a 10,000-mile endurance test that circumnavigates the vast Australian continent. McPhillamy gives Willie a believable voice as he slowly comes to the realization that his German ancestry is a lie. Maarleveld, as Irene, begins pertly but becomes more forceful as she faces her own challenges while fighting to be recognized as a competent woman in a man's world. The Reddix, which begins as a publicity stunt and a lark, becomes a tool for opening the eyes of white Australia to the ignored world of the Aboriginal population. Craig Baldwin, as Willie's son, closes the circle as he comes to terms with his father and history. A fascinating journey to awareness. N.E.M. © AudioFile 2018, Portland, Maine [Published: APRIL 2018]