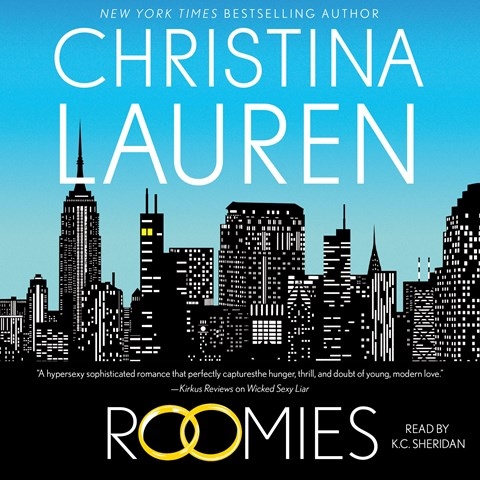 When Holland's crush, a busker from the subway station, turns out to be the amazing guitarist that her uncle needs for his Broadway show, she does the only reasonable thing she can and enters into a marriage of convenience with the handsome Irishman. Narrator K.C. Sheridan does a great job capturing Calvin's Irish accent, though it sometimes spills over into Holland's dialogue. Holland's uncles also play a major role in the developing relationship between Holland and Calvin, and Sheridan provides voices for them as well as for Holland's best friend and Calvin's family. When their marriage of convenience turns into something else, Holland has to figure out what's real and what's just wishful thinking. E.N. © AudioFile 2018, Portland, Maine [Published: JULY 2018]