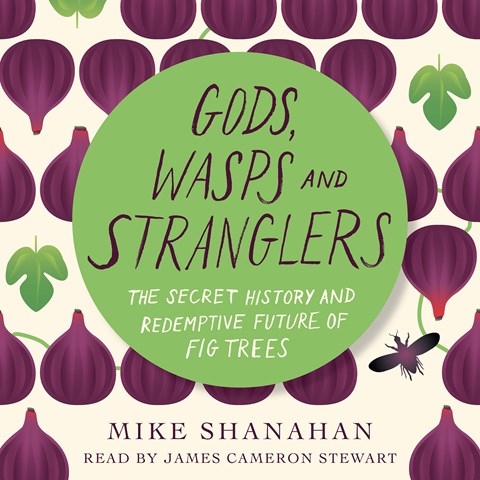 GODS, WASPS AND STRANGLERS The Secret History and Redemptive Future of Fig Trees

A fig tree is not just a fig tree, as listeners will soon learn in this informative audiobook. Narrator James Cameron Stewart begins with the myths and ancient religions that use the fig as a major aspect of their tenets. With enthusiasm and awe, Stewart then reveals some astounding facts that science has discovered about the seven hundred species of fig trees in existence. They are champion rainforest survivors and rejuvenators, and they can be pollinated only by one species of insect, the tiny but powerful fig wasp. In his rich voice Stewart describes these and other tidbits that boggle the mind but stay in the memory long after the audiobook ends. A sense of wonderment permeates Stewart's delivery, with good reason. E.E.S. © AudioFile 2018, Portland, Maine [Published: APRIL 2018]