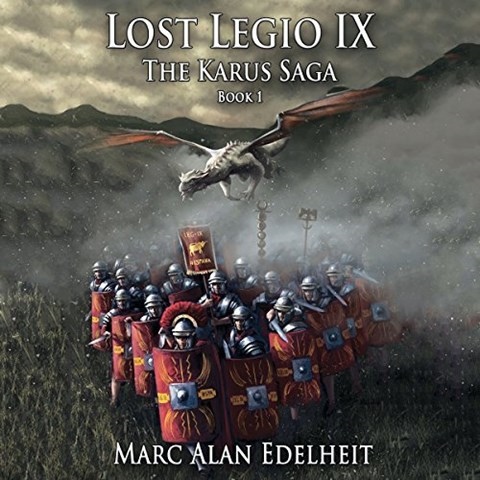 The first book in Edelheit's Karus Saga follows a Roman legion that is mysteriously transported to an unknown world of strange and dangerous creatures. The majority of the story is centered on a working legionnaire's life, and Alex Hyde-White's measured narration excels at depicting the military aspects of the audiobook. Listeners who appreciate historical accuracy will enjoy both those details and the weary tone of legion veteran Karus as he marches through Britannia and beyond. Even as orcs and dragons shatter the listener's previous conceptions of Roman soldiers and Karus must embrace a new and perilous destiny, Hyde-White keeps to a deliberate narration, reflecting Karus's effort to maintain the decorum of his men. J.M. © AudioFile 2018, Portland, Maine [Published: MARCH 2018]