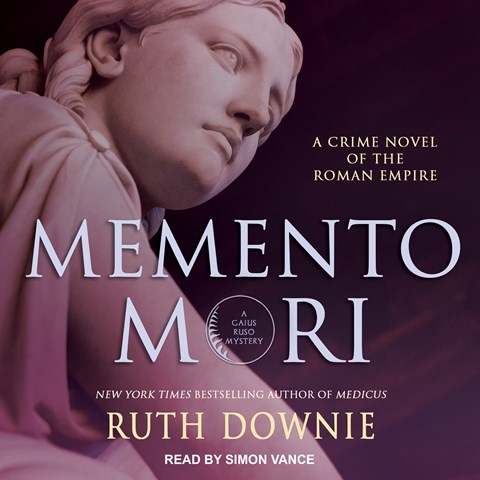 If you feel like getting away for awhile, I suggest the ancient British-Roman spa town of Aquae Sulis, circa AD 125. While people are being murdered there, your outstanding guide, Simon Vance, will keep you safe and entertained. In this eighth novel about Roman Medicus Ruso and his feisty British wife, Tilla, we've been called to what's now Bath, England, because Ruso's friend and fellow medicus, Valens, has been accused of murdering his wife, who was found stabbed in a holy hot pool. Vance performs with the confidence of being the longtime narrator for the well-written, deeply researched series. His pacing is vigorous without being too fast, his narrative voice endlessly listenable, and his interpretations of major and minor characters imaginative and revealing. A.C.S. Winner of AudioFile Earphones Award © AudioFile 2018, Portland, Maine [Published: MAY 2018]