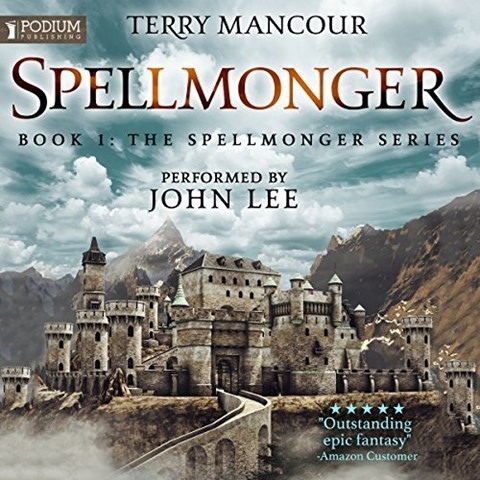 Narrator John Lee is a consummate storyteller. In this first audiobook of the Spellmonger series, he slips into the persona of Minalan, from whose point of view the story is told. The goblin shamans begin to converge on the quiet valley kingdom in which Minalan lives. Tensions rise, and Lee depicts the transformations of the main characters. Most notably, he shows the lord of the castle becoming more and more imperious and a rival mage growing increasingly condescending as he positions himself to attempt to take charge. Not to be forgotten, the two main female characters play off each other as well. Lee makes subtle adjustments to reflect the gender shifts. J.E.M. 2018 Audies Finalist © AudioFile 2018, Portland, Maine [Published: MARCH 2018]