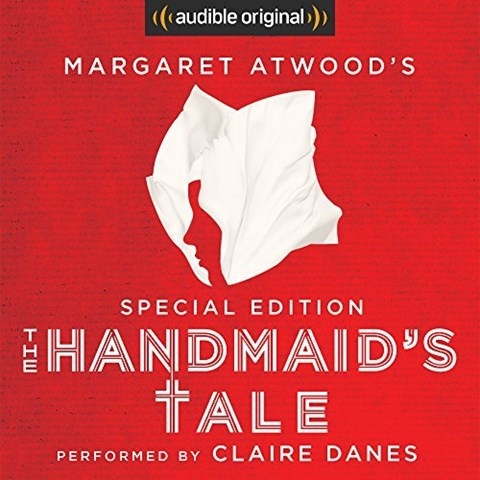 Claire Danes sparkles in this performance. At once timeless and timely, this dystopian novel studies, among other things, the role of women in a society that has stripped them of their rights. Danes voices Offred—a “handmaid” whose sole purpose is to bear children for a government leader and his wife—with a kaleidoscope of emotions. Danes frequently lends Offred a hesitant, somewhat bewildered tone that suits the handmaid’s situation. Offred has occasional memories of the times before women’s freedoms were erased; she reveals how her carefree youth transformed into the stifling present-day reality. Danes’s Offred is complex, and her flashes of intense strength highlight her vulnerability. This is a consuming listen, thanks to Danes’s emotional subtleties. The Special Edition audiobook of THE HANDMAID’S TALE offers some thought-provoking new material, including a question and answer section with a full cast, a new afterword from Atwood, and a critical essay by Valerie Martin. L.B.F. Winner of AudioFile Earphones Award © AudioFile 2017, Portland, Maine [Published: NOVEMBER 2017]